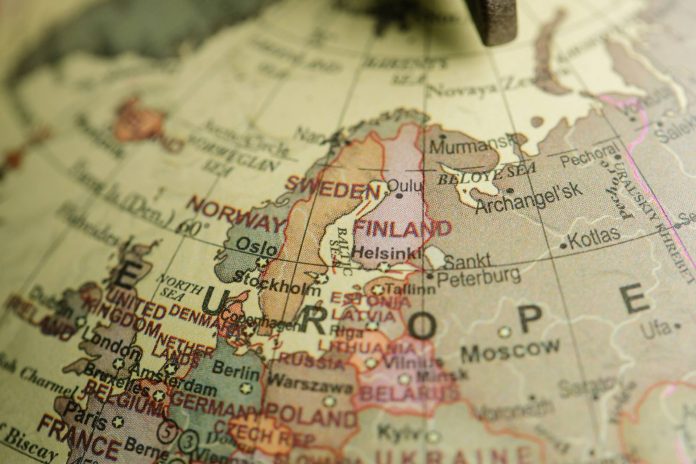 The Cabinet of Ministers of the Netherlands recommends employers to raise salaries. This is the result of current economic conditions and a shortage in the labor market. Moreover, in 2022, wages in the Netherlands rose by a record 3.3%, according to CBS. WITH “great retirement” still continuing incoherently, there is significant risk to the technology sector. On the one hand, the cooling of the venture capital market and uncertainty; on the other hand, end talent and rising wage costs. At some point, the mathematics for developing technical products can become negative. Our forecast in IT is that hybrid workflows will gain momentum in the coming years through software development outsourcing. Dutch companies will start to attract more people from other countries, practice part-time work and outsourcing.

The volume of the global IT outsourcing market at the end of fiscal reporting in 2021 reached $360 billion, up nearly 13% compared to the forecast end of 2020. Growth began in 2020, when the world began to change, and work from home, remote access to software and hardware became a common trend. The market for IT software development outsourcing continues to grow even now, in challenging times when there is a lot going on politically and economically.

Western European companies want to minimize risk in their organization, so they choose a solution that is more cost effective and performs more efficiently. Thus, the market will continue to grow in the coming years. This will happen because companies that once turned to outsourcing are unlikely to return to the in-house and traditional way of working.

It is logical to expect that global companies will want to save on software services without sacrificing product quality; outsourcing can help with this. The only question that remains is where to get outsourcing in the crisis of 2022-2023 to take advantage of software development services.

You can find contractors everywhere. However, it is better to know the specifics of each country and be aware of the world rankings of leaders in software development outsourcing.

For example, India has become a leader in outsourcing and boasts a variety of programmers to suit all tastes. Some businesses prefer Indian professionals because of their low rates. However, before you decide to outsource your product there, you need to weigh the pros and cons:

The second most popular outsourcing destination is Eastern Europe in a broad sense. Ukraine, Russia and Belarus were in the lead until February 2022. Then the war broke out in Ukraine, and this fact could not but affect international clients, who must take into account sanctions, the moral aspect and other risks.

Since we are in mokod initially focused on working with Eastern European developers, we survived a real crisis with the outbreak of war in Ukraine. We stopped hiring developers from Russia and Belarus, but the issue with the Ukrainian part of the team remained.

On the one hand, we did not want to stop hiring Ukrainians to continue helping the country in its struggle for freedom and supporting their economy. And Ukrainian software developers are really highly qualified and can benefit our international clients.

But, on the other hand, we had to think about clients, and we understood that members of the Ukrainian team bear risks for client projects, despite the fact that the management team is located in the Netherlands.

We found a solution in the following. First, we quickly relocated personnel from Eastern Europe to Western Europe, if possible. Secondly, we diversified all risks as much as possible and expanded our presence in other countries of the world. There have never been any problems, but if suddenly an employee from Ukraine cannot quickly respond or complete the task, another team member will immediately react and seize the initiative. So we can avoid even the slightest harm to the project.

But what if these country teams are completely unsuitable for the customer?

Consider Poland, Romania and Brazil, which are also among the top five countries for software development outsourcing.

More than 250,000 competent IT professionals and subsidiaries of large companies such as Google, Microsoft and Oracle work in Poland. However, the hourly cost of a Polish software development team is slightly higher than in Ukraine.

Romania also has a good talent pool – more than 100,000 programmers with different qualifications. Romanian specialists can be educated at 55 different world-class technical universities, they are fluent in English and German.

Brazil is not as attractive to European clients due to cultural differences and geographical distance. However, proximity to North American countries, first-class technical universities and low hourly rates for programmers make them a serious competitor for India.

These countries are a kind of benchmark for IT outsourcing. Everyone who has ever been interested in transferring their project to a third-party company knows about them. But there are some non-obvious countries that we can recommend for finding contractors.

According to Gartner analytics, Portugal is among the 11 developed countries with open growth potential for IT outsourcing. The report indicates that Portugal has excellent characteristics for software development services due to a mature domestic market with a highly skilled workforce, a robust technological infrastructure, universal business legislation, and the presence of international companies with significant financial and human capital investment.

Google, BMW, BNP Paribas, Zalando, Bosch and Siemens have offshore offices in Portugal. We all know that Web Summit, Engineering & Technology (PIET) and other international conferences are held annually in Portugal. All these are favorable conditions for the development of the IT community.

Serbia has almost tripled its exports of IT services over the past 6 years. In 2021, it outpaced the exports of the country’s agricultural sector, which has traditionally been the leader in previous years. IT professionals generate 10% of Serbia’s GDP. As of the beginning of 2022, their number exceeded 40 thousand, and there is already a shortage. According to officials and independent experts, the Balkan country needs at least 15,000 more IT professionals to meet growing demand.

The lack of IT staff is filled both with the help of internal resources and from outside. In particular, against the background of the crisis in Ukraine, the number of employees in the IT industry of the Balkan country began to grow rapidly due to those who moved from risky and affected regions. We also moved some Moqod employees to Serbia and opened an office here. However, there are quite attractive conditions for IT business here, even if there is no physical office in the country.

Armenia is distinguished by the constant growth of the IT sector, which provokes the close attention of potential investors to a small but fascinating country. Most IT professionals in Armenia speak English and have technical degrees in science, technology, and mathematics. Experts expect the number of software developers in Armenia to grow to 30,000 by 2025. Armenia attracts software developers from other countries because of its low cost of living and rich culture. Programmers from Iran, India, and now Russia have chosen Armenia for their move and note the reasonable immigration rules that allow them to obtain official residence status.

The rate of a senior engineer in Vietnam is two to three times less than in Eastern Europe. This employee most likely does not speak English, but the situation is improving and you can hire a project manager who speaks better English. Many enterprises in the US, Australia, Canada and other countries are looking for ways to save money in Vietnam, so the technical sector in this country is actively developing.

In 2021 Georgia was included in Global Service Location Index 2021 for the first time.

The country was ranked 19th due to its geographic location at the crossroads of Europe and Asia. Also, because of its competitive position in terms of financial attractiveness, workforce skills and business environment.

When choosing a country for outsourcing your project, we recommend that you pay attention to the general qualifications of the IT community; cultural closeness and ease of communication.

This is the first step towards streamlining the workflow and preventing possible misunderstandings that require time and budget. Recent research has shown that Eastern European engineers are more likely to be effective technical partners, which significantly speeds up the process of finding solutions. Hofstede’s theory of cultural dimensions puts Ukraine and Poland next to the countries of Western Europe in terms of long-term orientation. This cultural affinity is critical to complex regional and global strategies and shared decision-making on urgent projects.

Analysts believe that the cost of IT outsourcing will continue to rise. The big problem that IT outsourcing can solve is the lack of technical specialists. This is a big problem in many developed countries. The same problem is exacerbated in India. The country is considered one of the world leaders in IT software development outsourcing. The issue of the Indian market is due to the fact that specialists there are becoming more narrowly focused and in demand.

Following passion across the Atlantic

How to recover from jet lag, travel healthy and productive

7 Reasons Why Exercising Prepares You for Entrepreneurship

Casim Khaleed - December 29, 2022 0
It's no secret that most successful athletes have good reasons to prepare to become an entrepreneur of sorts after their playing days are over....

6 facts you should know

Should You Buy a Gaming Laptop for Everyday Use?

How many hours does the CEO work