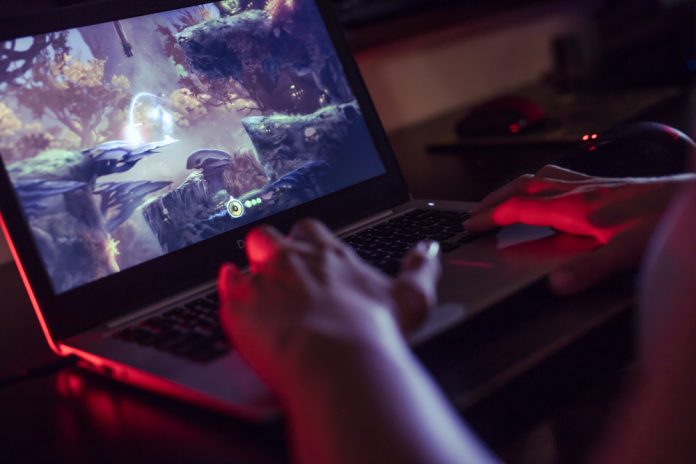 The term “gaming laptop” seems to be everywhere you look, especially when shopping for a new computer. These laptops are very powerful because they are designed for intense workloads, which includes playing the latest games. But should you buy a gaming laptop and use it as your everyday carry? We explore this topic below.

Gaming Laptops are Not Just for Gamers

There is a misconception that gaming laptops are built for gamers. While they may be marketed as such, this is not entirely true. Gaming laptops are laptops like any other, with a few added gamer-centric features that make them great for this type of application.

This means it is perfectly OK to purchase a gaming laptop for everyday use, as long as you can live with some of the choices and features that put them in this category.

Gaming laptops are built with robust internals because they need to be adequately powered and cooled to drive the CPU and GPU that are capable of gaming at the appropriate levels. Because of this, many gaming laptops are much heavier and less compatible than, say, business laptops.

While many laptops fit this criterion, things have changed a lot in the past few years. Companies like Intel, Nvidia, and AMD have created gaming laptop components that allow them to be very portable. This is achieved by lowering the power consumption and performance of some components.

These advancements have led to very powerful portable gaming pcs you can take everywhere, including the office.

Placed side by side, the major difference you will notice between traditional gaming laptops and business laptops is the design. Gaming laptops have eccentric designs which incorporate elements like RGB keyboards, lights, and logos. They also typically have accents around the chassis and angular designs that give them that “gamer” look.

Gaming laptops typically come with high-end GPUs and CPUs, great displays and fast storage. All of these internals and features are geared towards making them as fast as possible for gaming, and they are what make them very capable productivity machines.

Gaming laptops can be used for almost anything you need, with only a few exceptions that require desktop-class components. They are capable of video and photo editing, audio production and even 3D modelling in some instances.

This means you can use these laptops anywhere you like as long as you are willing to overlook some of their gamer-centric designs.

The one thing that might make you not want to get a gaming laptop for everyday use is the cost. Gaming laptops are typically more expensive than other laptops, perhaps due to their higher marketing budgets. However, looking at the performance you get should you require it justifies the higher cost.

A gaming laptop is just like any other laptop, with the main differences being in its performance and design. Gaming laptops are mead to handle heavier workloads when playing games, which means they perform excellently in most other applications as well.

When to upgrade your Safety Switch

Qasim Khalid - April 21, 2021 0
There is certainly no shortage to the amount of outreach that can be accomplished digitally. However, you might as well be shouting into the...

Reinforcement of Internal Connectivity and Continuous Growth of the Company