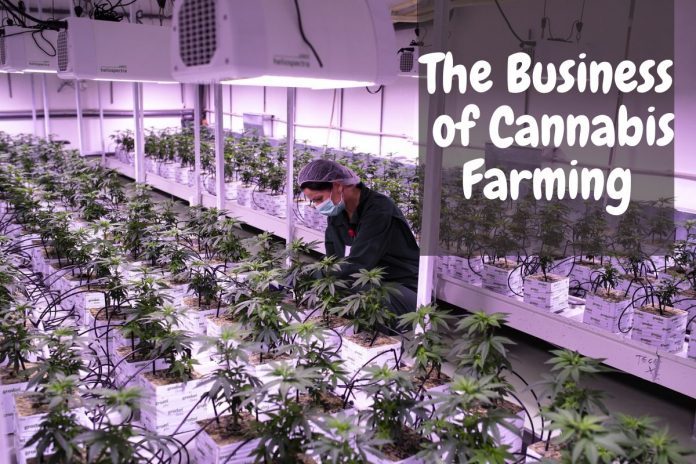 The business of buying and selling marijuana and cannabis-based products, such as CBD oil, is one of the most promising new fields. With a rapidly growing economic impact and new markets opening as states legalize the sale of marijuana for both medical and recreational purposes, the potential of this field is significant. There are a number of kinds of businesses that the legalization of cannabis will create: ranging from farming to the sale of cannabis-related products to the manufacture and sale of useful equipment for cannabinoid extraction. This article aims to examine these projected areas of business and to discuss their viability.

The processes involved around the legalization of cannabis are complex and political affairs, which means it is often impossible to accurately predict when, or even if, a state will legalize marijuana and whether it will be for medical use, recreational use, or both. The best indication of how a state will react to the legalization of marijuana and cannabis-based products lie in the reactions of states that have already legalized marijuana.

In 2012, Colorado and Washington became the first states to legalize the sale of recreational marijuana. As a result, they will be useful sources of information on how the business of selling marijuana grew in the wake of this legalization. A particular point of interest in regard to the effect of legalizing marijuana is that, while many expected this to have a significant impact on the crime rate, multiple studies have shown that it had little to no effect on the crime rate in both Washington and Colorado.

Likely the most lucrative aspect of the business of legalized marijuana can be found in its sale. Since the sale of marijuana began in Colorado in January 2014, the total sales equal around $10.1 billion, with just over 40% of that being made from 2019 to the present day. Not only is that an incredibly lucrative market, but one that is demonstrably growing year to year. However, the savvy entrepreneur will know that the sale of marijuana, as lucrative as it is, will not be the only way to benefit from this incredible new market.

Companies like pdx gold have found a dedicated market in supplying businesses with the equipment they need to process and extract cannabinoids from cannabis. This means they are integrally placed as a key portion of the business of selling cannabis products without having to compete in the incredibly competitive sales market. This is just one of the many potential ways to benefit from the legalization of marijuana.

Another market opportunity lies in selling cannabinoids, like CBD, rather than recreational marijuana. The market for medical marijuana is a lucrative one and may not immediately occur to competitors. The sale of CBD does require an additional step beyond simply acquiring the cannabis plant, as would be necessary for the direct sale of recreational marijuana. Indeed, to sell CBD, you would need to extract the cannabinoid from the purchased plant through one of a number of potential extraction techniques. This is significant, as it adds another cost to the process of producing your end product, which will not necessarily have the same demand as recreational marijuana.

The lack of clear negative effects to the legalization of marijuana, coupled with the clear and extreme economic benefit to the states that have moved first in terms of legalization, means that it is likely only a matter of time until marijuana is legalized in other states. If that happens, it would be useful to have a clear and developed plan to insert yourself into the marijuana business, should you choose to.

The Benefits of Multiple Ventures

Ambitious business people have likely already considered a potential solution to many of the issues posed by these business ventures. They could be suitably mitigated by a combined approach to the market. In fact, there are a number of reasons why selling both recreational and medicinal marijuana may be an ideal way to enter the market.

The first reason to consider a conjoined approach to dealing with cannabis products is a matter of finances. Not only is it more cost-effective to establish a single business that deals with both niches than it is to establish two separate businesses, but several of the facilities required to deal with recreational and medicinal marijuana are the same. As a result, you could combine these to lower your overheads for both prongs of your business. Additionally, while the market for recreational marijuana is more lucrative, the market for medical marijuana is less competitive. This means your revenue from sales of medical marijuana could help to supplement lower initial revenues from the sales of recreational marijuana, potentially allowing your business to establish itself in the recreational market with significantly lower financial risk.

Another reason to consider a blended approach to the marijuana market is, in terms of supply, you have more versatility in your product. If you find yourself in sudden need of more inventory on the medical marijuana side of things, you can use some of your recreational stock to produce more while you order a new shipment of the plant. This means you have more ability to meet sudden, unexpected demand without compromising the quality of your product. Additionally, your business would likely be more resilient against unexpected fluctuations in the market as your revenue from each niche could theoretically cover any unexpected dips in the revenue of the other. Redundancies like this are useful in business, as it allows you to survive the rises and falls in cash flow that often sinks other companies.

Overall, the business of marijuana is clearly a vibrant and expansive market that could be incredibly lucrative to the well prepared. This is why it pays to have a plan in place should marijuana become legalized in your state. A well-developed and considered plan of action and an understanding of how the market has worked in other states will prepare you to find success quickly. It could even be the thing that establishes your business as a powerhouse in an incredibly lucrative field.

The Kraket – A Network For Young People in the Technology Industry

5 Ways Your Business Can Use Webcasting Effectively

How to Market Your Home Business Using Direct Mail

A Quick Guide on Proctoring Services

What are the Compelling Reasons to Invest in a Training Management...

Adapt Your Style To Your Profession!